Sophie Christiansen CBE is a British dressage rider who has competed in four successive Paralympic Games, is currently an eight-time Paralympic champion and has won multiple World and European titles. In 2016, following her success at the Rio Paralympics, she placed fifth in the BBC’s Sports Personality of the Year - the highest placed female and Para athlete.

​Sophie was born two months prematurely with Cerebral Palsy and suffered from other health problems including jaundice, blood poisoning, a heart attack and a collapsed lung. Aged 6, she started riding for physiotherapy at the local Riding for the Disabled Association (RDA) group.

​She first competed at the Paralympics aged 16 and was the youngest athlete for Great Britain at the Athens Paralympics in 2004, coming away with an unexpected bronze medal.

Not just an athlete, Sophie also graduated with a First Class Masters degree in mathematics from Royal Holloway, University of London in 2011 and now works as a software developer at investment bank, Goldman Sachs.

To find out more about Sophie, please visit her website. 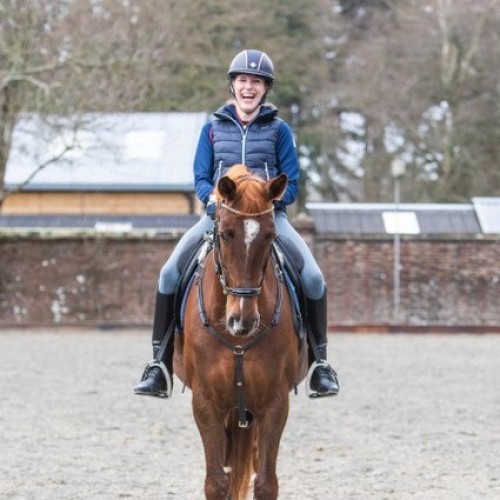 Sign up here to get the latest Mane Chance news about all that is happening at the Sanctuary, find out about our events and how you can help, delivered straight to your inbox.

By providing your details, you are consenting to Mane Chance contacting you by email. You have the right to withdraw your consent at any time. For more information on how we use your personal information please see our Privacy Notice or contact us for a copy.